From Vifm Wiki
Jump to navigation Jump to search

This script can be used to view files for which no viewer is registered. Here is its source code:

Plugging the script into Vifm

To use it in Vifm:

Here is what it looks like for a binary file in explore mode: 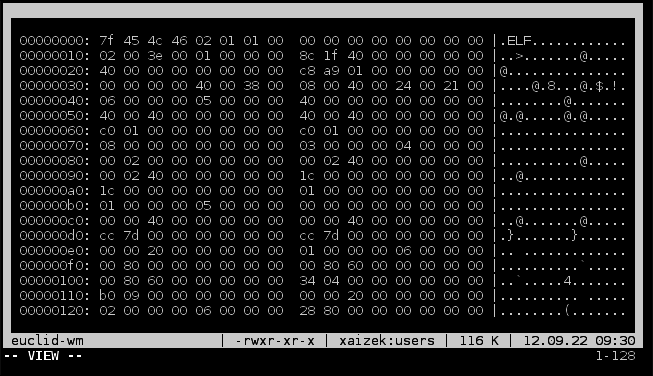